Copaiba Oil: Everything You need To Know Before Trying

Curious about copaiba oil? This essential oil has gained rapid popularity due to its various benefits. But, what exactly can it be used for? What health benefits does it provide? And does it actually have cannabinoids like CBD in it? Let's answer all these questions for you.

What is Copaiba Oil?

Copaiba oil is the essential oil harvested from copaiba trees. Now, if we're getting really technical, copaiba is technically the "stimulant oleoresin" produced by trees in the genus Copeifera trees (1), of which there are approximately 70 species of Copaiba tree. Most commonly, these plants are grown in Brazil or other countries in central or south america. The essential oils are most often steam distilled, collecting the aromatic compounds directly from the resin of the tree.

To help understand what copaiba is a little better, an oleoresin is simply tree resin (think sap) that also has a high percentage of essential oil. And, the reason it's defined as a stimulant is because the compounds contained within the resins and essential oils produce a stimulating effect on the human brain (meaning they're great to diffuse in the morning!).

In general, copaiba (pronounced [koh-pey-buh] by the way, not [koh-pie-ee-ba] like I've been saying it) can be used to refer to the resin, essential oils and the Copeifera tree, for simplicity's sake. Copaiba oil has a ton of uses and benefits, but also a few side effects to be aware of.

In This Article
Copaiba Essential Oil Benefits
Anti-inflammatory
Anti-Microbial
Pain Relief
Anti-Anxiety
Copaiba vs CBD
How to Use Cobaiba Oil
Diffusing
Ingesting
Topical
Where to Buy Copaiba Oil
Revive Copaiba Oil
Get 10% off Revive-E0.com
Frequently Asked Questions:
Does Copaiba have CBD?
How do you use copaiba oil for pain?
Is copaiba oil good for anxiety?
What are the side effects of copaiba oil? 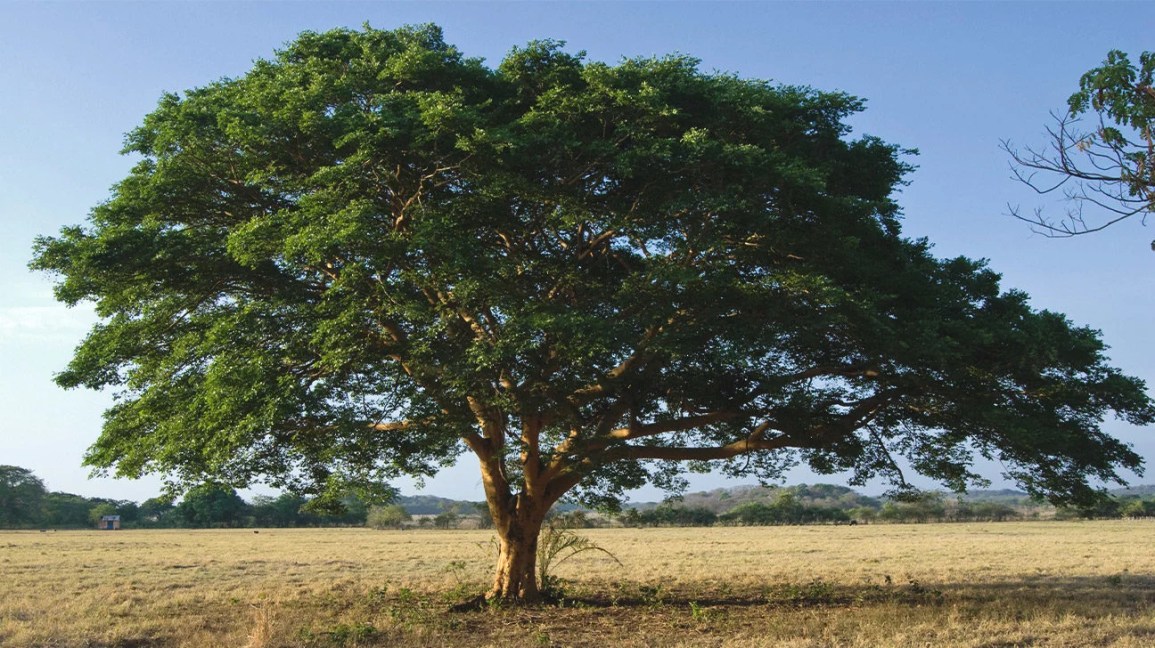 There are many different organic compounds within copaiba oil that provide its medicinal and therapeutic effects. Primarily, these compounds are sesquiterpenes (terpenes with three isoprene units, for those curious) including beta-caryophyllene as a majority component, but also beta-bergamotene, alpha-copaene and beta-bisabolene.

The majority component of copaiba essential oil is beta-caryophyllene, a terpene that is common in some other well known plants, most notably black pepper, rosemary, hops and cannabis. It gives black pepper its peppery aroma, but can also provide anti-inflammatory and pain relieving effects as well.

As you can maybe guess from the name, bergamotene, in addition to copaiba, is found in the bergamot citrus fruit, but also in carrot, lime, lemon and kumquat. It possess strong anti-inflammatory characteristics.

We still don't know too much about alpha-copaene still, but what we do know at this point is that it's a powerful plant terpene. Aside from copaiba, it's also found in many other plants and essential oils such as black pepper and basil. Its been shown to increase antioxidant capacity in our white blood cells as well as anti-microbial properties.

A terpene found in oregano and lemons, bisabolene is another component of copaiba oil that has strong anti-inflammatory traits, in addition to anti-cancer properties.

These are just four of the terpenes found within copaiba oil, but the essential oil can contain smaller percentages of hundreds of valuable terpenes and other therapeutic compounds.

Due to the powerful terpenes on other compounds found in copaiba essential oil, there are many benefits to using this oil. Most notably, the compounds derived from the resin provide anti-inflammatory, anti-microbial and pain relieving properties, providing many benefits of copaiba oil.

Copaiba oil has been well documented in reducing inflammation in a few different studies, including the reduction of oxygen free radicals and inflammatory compounds. It also shows promise in the treatment of colitis and other inflammatory bowel disease.

There's still research required into specifically how copaiba can reduce microbial activity, but two fairly recent studies showed a reduction in Staphyloccocus and Streptococcus infections. Even in low concentrations, the oil was effective at reducing microbial activity. Now, this does NOT mean you should just go ahead and start drinking copaiba oil (big no-no) but rather responsibly diluting your oils for topical use or ingesting. You can ingest some copaiba oils but you need to dilute them with a carrier and will want to consult a doctor first as well. More on how to use essential oils safely here.

It's not just pain and inflamation that copaiba can help you with, but it's also been shown to reduce anxiety. Specifically, it's the magic ingredient of beta-caryophyllene again that has

Many people have been wondering if copaiba is a cannabinoid, like CBD. While copaiba itself isn't a cannabinoid, it does contain some cannabinoid-like terpenes such as beta-caryophyllene. Copaiba does not inherently contain CBD.

Let's get a little background on CBD and cannabinoids. CBD, or cannabinol, is the non-psychoactive cannabinoid for cannabis (meaning it doesn't get you high) with strong inflammation reducing and pain reliving characteristics. CBD and other cannabinoids act on the Endocannabinoid System of our bodies (ECS). We discovered the ECS after cannabis and its constituent cannabinoids which is why it's named that way.

There are two types of receptors in the ECS that can be acted on by cannabinoids: CB1 and CB2. CB1 receptors are in the brain and nervous system, while CB2 receptors are located throughout the body. CBD only acts primarily on CB2 receptors, allowing it to provide anti-inflammation and anesthetic properties but without getting you high. So, by definition, a cannabinoid is a chemical that acts on the Endocannabinoid System, or more specifically, CB1 and CB2 receptors. Is Copaiba a Cannabinoid?

So, getting back to our question, is Copaiba a cannabinoid? Well, no, because copaiba is the resin and essential oil of a plant with many different compounds inside of it. However, we already discussed that the terpene beta-caryophyllene is the major component of copaiba. And the way that caryophyllene provides its benefits? It acts on CB2 receptors of the ECS.

All that being said, beta-caryophyllene is a powerful inflammation, pain and anxiety reducing compound that could rival the various benefits of CBD oil. If you're looking for relief from any of these ailments, if you're debating between cobaiba vs CBD, it's worth a shot to try the cheaper alternative of copaiba first. How to Use Cobaiba Oil

There are many different copaiba oil uses thanks to its many benefits we've covered above. Typically, copaiba is either diffused, ingested or topically applied.

Diffusing copaiba oil is a great way to get all the benefits of its therapeutic compounds, especially the anxiety reducing effects. Copaiba is great to diffuse on its own, or blended in with other woody or citrus oils such as cedarwood, patchouli or bergamot. This is a great way to soothe and calm your body and mind.

Some EO companies do produce a safe to ingest copaiba oil, such as Doterra's copaiba. They suggest adding one or two drops to water, juice or tea, to help support the cardiovascular, immune, respiratory and digestive systems. Of course you always want to be careful when ingesting essential oils and consult a doctor.

Many folks find relief from pain and inflammation using copaiba topically, direct on their skin. You always want to dilute essential oils before use on the skin using a carrier oil, so make sure you do that. Also test a small amount to make sure you don't have a reaction before using it, and never use on sensitive areas or open wounds. That being said, copaiba is a great oil for reliving pain from injury and disease such as arthritis. Where to Buy Copaiba Oil

Most essential oil companies produce copaiba oil, including the larger companies like Young Living or DoTerra. You may also find copaiba in some blends that smaller companies produce. Regardless of where you get your essential oils you want to make sure you buy from a trusted brand that ensures the quality, purity and overall safety of the product.

Our favourite essential oil company right now is Revive EO! They publicly publish their third party tested GC/MS reports to verify the purity of their products.

Use the code below to receive 10% off your order from Revive-EO.com

Does Copaiba have CBD?

Copaiba does not itself contain CBD. However, it contains high concentrations of beta-caryophyllene, a terpene cannabinoid that is shown to reduce pain and inflammation.

How do you use copaiba oil for pain?

Many people find pain relief from joint and muscle aches by diluting copaiba oil with a carrier oil such as avocado, and applying it directly to the skin. The dilution does vary depending on use, but a safe place to start would be diluting 10 drops of oil into 10ml of carrier oil.

Is copaiba oil good for anxiety?

While primarily used for inflammation and pain, copaiba is also a great essential oil for use in reducing anxiety, thanks to the calming and soothing properties of the terpenes like caryophyllene. A combination of copaiba and lavender makes a great calming blend of aromas.

What are the side effects of copaiba oil?

Depending on how you react to the essential oil, and how you use ut, there can be some side effects from using copaiba. When ingested, side efffects could include stomach pains, vomiting, diarrhea, rash and sleeplessness when ingested. When used topically on the skin, it can produce redness itching and a rash. It's also never recommended to use while pregnant, breast-feeding or on babies. Remember - essential oils are powerful compounds and should be used carefully and with the advice from a physician.